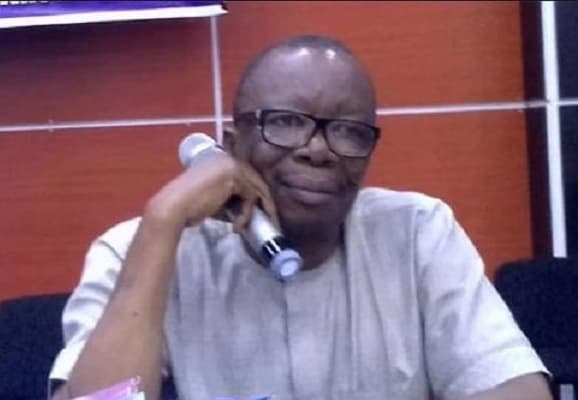 Members of the Academic Staff Union of Universities, ASUU, may embark on ‘no pay, no work’, if the Federal Government continued to insist on not paying them their withheld eight months salaries, the National President, Prof. Emmanuel Osodeke, has said.

Speaking in a chat with Vanguard yesterday, Osodeke said the union might embark on the policy, since the federal government had refused to pay their salaries.

Reminded that the National Industrial Court of Nigeria sitting in Abuja had in October ordered the union to go back to work before it could continue to entertain the matter before it, Osodeke retorted that FG did not also wait for the final judgment of the court on the matter before deciding not to pay his members their withheld salaries.

He said: “Yes, the matter still continues before the National Industrial Court of Nigeria, NICN, in Abuja. The court has not given a final judgement on it.

”Remember that we were not the ones who dragged the government to court. It was the government that took us to court. The order that the court gave was that we should go back to our duty posts while the matter is being heard.

“As law abiding people, we obeyed the order of the court. Unfortunately, the FG that initiated the matter did not wait for the final decision of the court before starting the ‘no work, no pay’ issue. Even to a layman, when the court said go back and maintain the status quo, did it say that the government should be the judge on the matter?”

On the series of protests by members in branches over the half salary paid them in October, the ASUU boss expressed satisfaction with the response of members.

“We are going to hold our National Executive Council meeting to appraise the situation and look at reports from the branches.

”It was NEC that mandated the branches to embark on the protests. Whatever is going to be the next line of action, we are going to decide at the NEC meeting,” he stated.

Recall that ASUU called off its eight months strike on October 14, following the order of the NICN and when the month ended, FG paid the lecturers 18-day salary which drew outrage from the union.

The union had thought the government would pay them full salary and also begin to pay the arrears in tranches.

However, the Minister of Education, Malam Adamu Adamu, and his Labour and Employment counterpart. Senator Chris Ngige, said at different fora that the government did not do anything wrong by what it paid the lecturers.

They also noted that the government would stick to the ‘no work, no pay’ policy.

Moves by some concerned people to let the government pay the lecturers some palliatives or part of the eight months salaries are being frustrated by some people who feel the punishment should serve as a deterrent to other unions.

Meanwhile, non-teaching staff in the Senior Staff Association of Nigerian Universities, SSANU, the National Association of Academic Technologists, NAAT, and the Non-Academic Staff Union of Educational and Allied Institutions, NASU, are also yet to be paid five months’ withheld salaries, for the period they were also on strike.