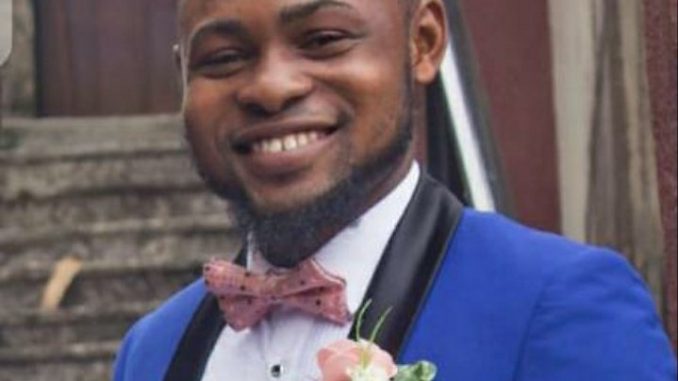 Unidentified armed men has kidnapped some set of travellers along benin/warri by-pass on friday Morning. One of the abducted include one Olowa kehinde, a 300level accounting student of Lagos State University,ojo

Reliable Source told LEGITSCHOOLGIST that Kenny alongside Lekan and Segun who are 300lv and 400lv accounting student in LASU were coming from warri in a private car where they went to work since Easter Friday. 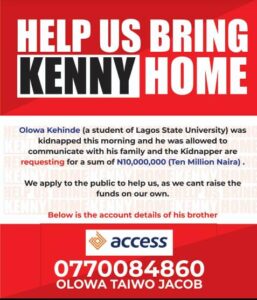 The heavily armed men started shooting sporadically at different cars and vehicles which forced them to stop and lekan with segun find their way from the car, but unfortunately kehinde found it hard to unbuckle the seat bet as he was the one driving which finally made the gunmen to abduct him from the scene with many other travellers .

A source who pleaded anonymity told our correspondent that the abductors have reached out to the family and demanded ransom of N10m for the release of the student.

According to his family member , ” Around 7:45 Kenny called with one of the kidnappers number and they demanded 10million. We tried to negotiate with them with N1.5m so that we can raise that amount but they kept disconnecting the call. Around 3pm again, he called and said we should please help him solicit for fund on every platform.”

In this article:Gunmen, lasu student