No fewer than 63 bills have been tabled before the Senate and the House of Representatives for the creation of new universities, polytechnics, colleges of education since the beginning of shutdown of activities in public tertiary institutions in the country in 2022, investigation by The PUNCH has revealed.

An analysis of the 63 bills on creation of new institutions being considered by both the Senate and the House of Representatives revealed that 26 bills are for federal universities; 33 bills for federal colleges of education; agriculture; health; technology; and forestry among other specialised colleges.

The lawmakers also proposed four bills for the creation of new polytechnics.However, a professor at the Adekunle Ajasin University, Ondo State, Victor Olumekun, in an interview with The PUNCH, faulted the lawmakers for turning the establishment of new institutions into constituency projects.

Olumekun said, “I say it often that it is not the number of universities that we have that matter but the capacity to do what universities are supposed to be doing.“As an academia, we don’t have to establish universities in every town, village and hamlet. University education is not about number, it is about capacity.”

The National President of ASUP, Dr. Anderson Ezeibe, said the move showed a clear lack of direction.“We have continued to maintain that government should fund existing institutions to enable them meet their mandates.“Passing bills for new institutions at this time is for political convenience and not in the public interest,” he argued.

The General Secretary, COEASU, Dr Ahmed Bazza, also faulted the development.He said, “There is shortage of lecturers in all tertiary institutions because the system has made it so harsh that there is high level of brain drain in the system. We are trying to cope with that and also trying to cope with the funding and facilities.“Then someone will just wake up for political reasons and say he is proposing a bill to establish a new university. That is not fair to the system honestly.

Oluwatoyin said, “It is so unfortunate that we live in a country where lawmakers use matters like education to score cheap political goals, this is unheard of in any part of the world.

“How will you propose new bills for new institutions when the existing ones are on shutdown? Who advises these individuals?” 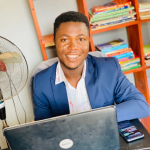 In this article:The Senate