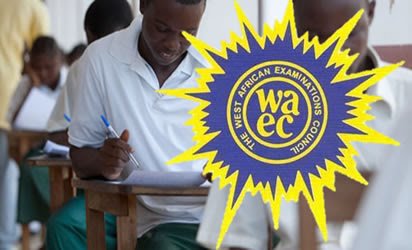 The Head of National Office of the West African Examinations Council (WAEC), Patrick Areghan, says only the second and third floors of the organisation’s Yaba office had minimal damage during Wednesday’s morning fire.

Areghan, while speaking on Wednesday in Lagos, explained how he got a call alerting him on the incident and rushed to the scene.

He said it was just like any other day when most of the staff were preparing to set out for the day’s work.

“This morning I got a call that a part of WAEC office Yaba building was on fire. I quickly dashed down to the office and by the time I got there, the fire service people were there.

“Both the State and Federal levels and even the emergency safety people were all there. And I must say kudos to them.

“For WAEC too, we have sophisticated state-of-the-art firefighting equipment and they were able to deploy all that was needed to put out the fire in record time.

“To the glory of God, nobody was injured, no life affected and no substantial damage done to the building.

“You know it is a building of 12 floors and the fire started from the second floor, and it is only second and third floors that recorded some minimal damage,” he told the News Agency of Nigeria (NAN).

Areghan said that with a building of that magnitude, it would be difficult to just have a clearance within a twinkle of an eye, because of the smoke that was billowing.

“That was why you saw smoke spreading to other parts of the building. The entire WAEC building was not on fire,’’ he said.

The HNO said that the cause of the fire was yet to be ascertained, but he was awaiting a technical report from the fire service team. 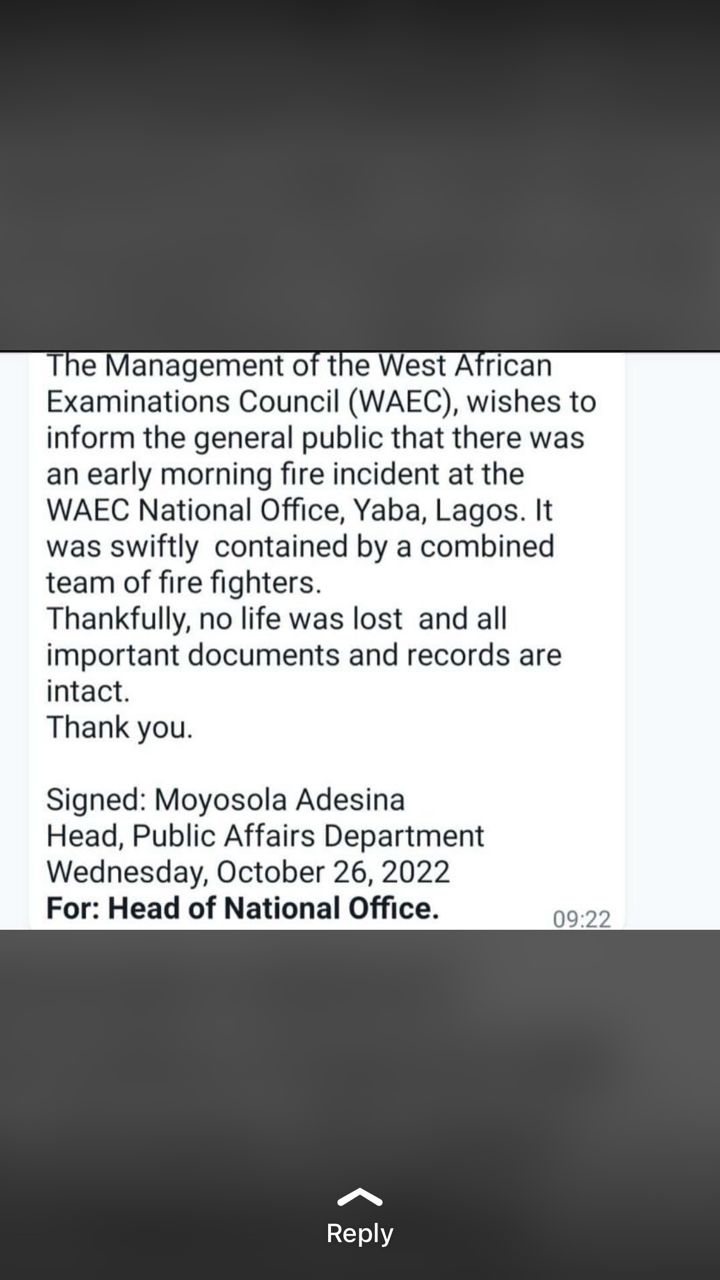