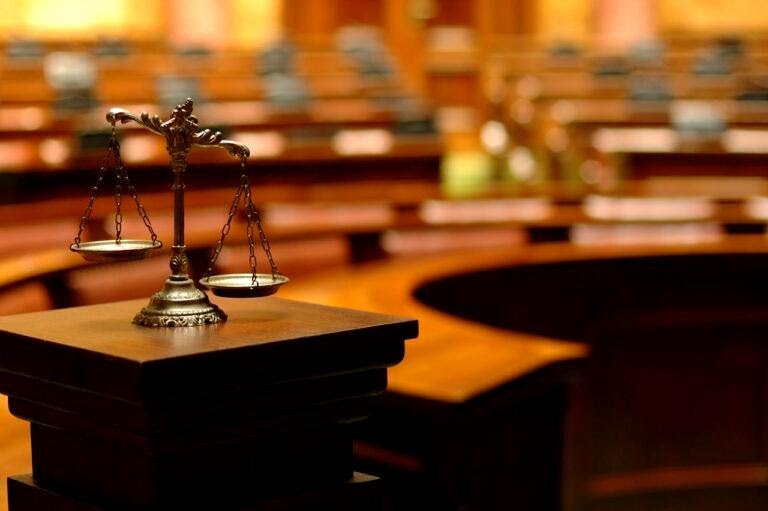 The National Industrial Court, NIC, sitting in Abuja, on Tuesday, struck out a suit the National Association of Nigerian Students, NANS, filed to compel the Academic Staff Union of Universities, ASUU, and the Federal Government to call off the ongoing strike action.

Justice Polycarp Hamman terminated further proceedings in the matter, after it was withdrawn by factional President of NANS, Umar Faruk Lawal.

Lawal had told the court that he filed the suit marked NICN/ABJ/273/2022, for himself and on behalf of NANS.

Aside from ASUU which was cited as the 1st Respondent, the Minister of Education and the Attorney-General of the Federation were listed as 2nd and 3rd Respondents, respectively.

When the matter came up on Tuesday, Lawal, notified the court that he filed a motion for discontinuance.

He premised his decision to withdraw the suit on account of the challenge by the student body which contested his standing and denied that he is the President of NANS as he had deposed to.

Though the other two Respondents were not represented, however, counsel to ASUU, Marshal Abubakar, informed the court that he was not opposed to Lawal’s application to withdraw the suit.

It will be recalled that two NANS presidential candidates had claimed victory at an election the students’ body conducted recently.

While Lawal who is of the Department of Library and Information Science of the Bayero University, Kano, insisted that he won the election, the NANs Convention Planning Committee declared Usman Barambu as the President-elect of the association.

ASUU had since gone before the Court of Appeal in Abuja to set aside the NIC judgement that ordered it to call off its over seven-month old strike action.

The union, in a 14-ground of appeal, also applied for a stay of execution of the judgement.

The NIC had in the judgement that was delivered on September 21, ordered the striking varsity lecturers to return to the classroom, pending the determination of a suit the Federal Government filed to query the legality of their strike action.

Justice Hamman held that the order was both in national interest and for the sake of undergraduates in the country that have been at home since February 14.

He held that the strike action was detrimental to public university students that cannot afford to attend private tertiary institutions.

“The balance of convenience tilts in favour of the applicant.

However, ASUU, in its appeal, maintained that Justice Hamman “erred in law and occasioned a miscarriage of justice when he decided to hear and determine the Respondents’ motion for interlocutory injunction when he knew or ought to have known that the substantive suit was not initiated by due process of law”.

It argued that the mandatory steps and procedure stipulated in Part 1 of the Trade Dispute Act, TDA, was not followed by FG.

More so, ASUU averred that the trial judge acted utra vires and misdirected himself when he unlawfully assumed jurisdiction to entertain the matter, adding that what was granted as an interlocutory order was the same relief FG sought in its substantive suit.