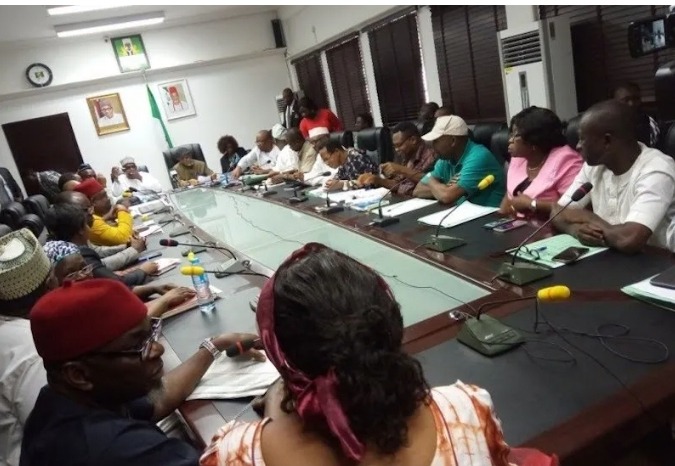 The Academic Staff Union of Universities ASUU) and the federal government have reached an agreement on the N22.17 billion earned allowances and N30 billion revitalisation fund.

The agreement was reached on Thursday after a meeting between the representatives of ASUU, led by its president, Emmanuel Sodeke, and the government representatives led by the Minister of Finance and National Planning, Zainab Ahmed, and Minister of State for Education, Emeka Nwajiuba.The meeting was presided over by the Speaker of the House of Representatives, Femi Gbajabiamila.

The House had on Tuesday resolved to intervene following a motion by Julius Ihonvbere (APC, Edo). Following the motion, the Speaker announced that he wouldl be meeting the union and FG.

The union had on Monday issued a three-week ultimatum to the government to implement the agreement both parties reached failing which it would embark on strike.Mr Gbajabiamila in his opening remarks, said strike action should be the last resort, and also criticised the government for failing to fulfil its part of the agreement.

The meeting, Mr Osodeke said the union had given the federal government several opportunities to fulfil the 2009 agreement and other agreements signed.

He noted that the minimum the union was willing to entertain was that the government should pay the N30 billion agreed as part of the N220 billion tranche for the revitalisation of schools and the N22.17 billion earned allowances.“We met in August 2021, we returned to our members that they should not be agitated, that they have promised that everything will be sorted out by August.

When none of it was implemented, we met again in October 14, we were assured that all these things will be resolved by end of October,.” Mr Osodeke, a professor, said.According to the ASUU president, the union decided to take drastic action after the inability of the government to implement the agreement.

Mrs Ahmed said the Ministry of Education already gave a directive for the money to be paid. She noted that all the funds will be released within a week.

The minister assured the union that the earned allowances will not be affected by issues of sharing formula.

Non-Academic Staff Unions of Education and Associated Institutions (NASU), the Senior Staff Association of Nigerian Universities (SSANU) and the National Association of Academic Technologists (NAAT) are opposedto the sharing formula for the earned allowance.

She said the ministry is waiting for payment schedule from the National Universities Commission (NUC), adding that once the schedule is provided, the funds will be sent to the schools.Mrs Ahmed also said there will be a need to review the current agreement signed in 2009.

According to her, the government is under financial constraints, hence, will not be able to meet the financial pledge in the agreement.

she said the N1.3 trillion is not feasible for the government. She said out of the N30 billion revitalisation funds, N20 billion has been released to NEEDs account at the Central Bank of Nigeria.

Mr Nwajiuba said the Ministry of Education is not in disagreement with the union and that it is commitment to the agreements.

On the Integrated Payroll and Personnel information system (IPPIS), Mr Gbajabiamila said the House Committee on Telecommunication will interface with the union.